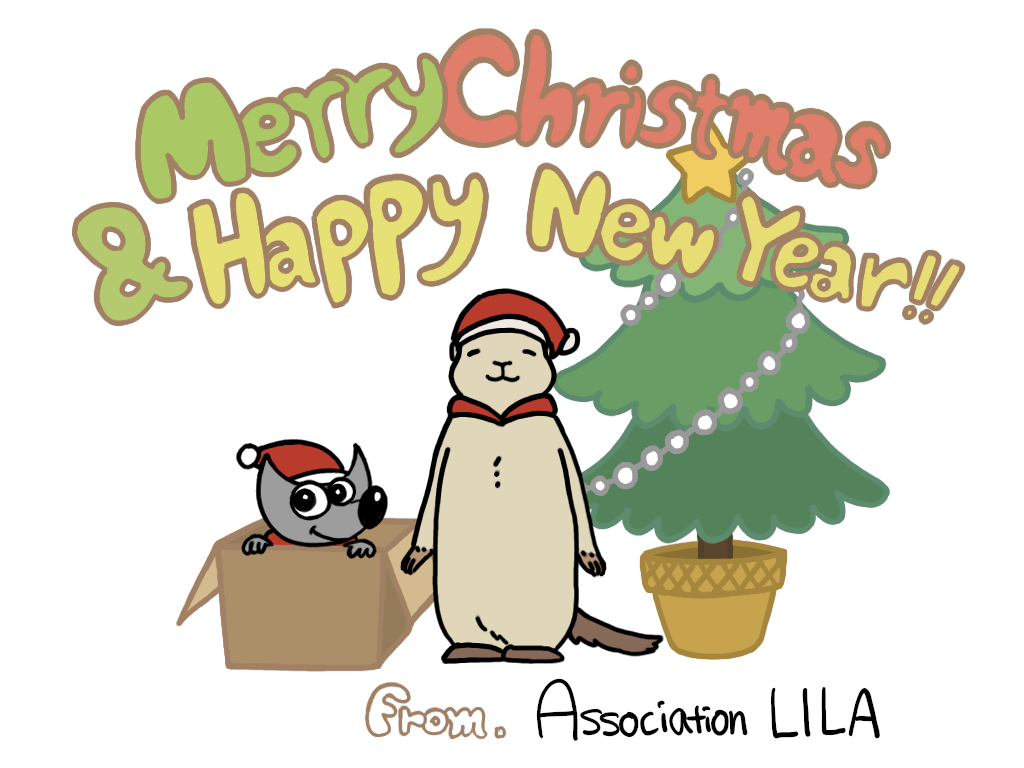 Imagine a movie studio, with many good artists and technicians working on cool movies or series… and releasing them under Libre Licenses for anyone to see, share and reuse. These movies could be watched freely on the web, or screened in cinemas or on TV, wherever.

Imagine now that this studio fully uses Free Software (and Open Hardware, when available!), and while it produces movies, they debug and fix upstream software they use, and also improve them as needed (new features, better interaction and design…). This would include end software (such as GIMP, Blender, Inkscape…), as well as the desktop (GNOME currently), or the operating system (GNU/Linux) and more.

Now you know my dream with the non-profit association LILA, and ZeMarmot project (our first movie project, an animation film). This is what I am aiming for. Actually this is what I have been hoping for since the start, but maybe it was not clear enough, so I decided to spell it out.

If you like this dream, I would like to encourage you to help us make it real by donating either through Patreon, Tipeee, Liberapay, or other means (such as direct donation by wire transfer, Paypal, etc.).

If you want to read more first, I am going to add details below!

I hinted that there were some cool stuff going on lately on a personal level, and now here it is: I have been hired by CNRS for a year to develop things in relationship to GIMP and G’Mic.

This is the first time in years I have a sustainable income, and this is to continue working on GIMP (something I have done for 6 years, before this job!). How cool is that?
For the full story, I was first approached by the G’Mic team to work on a Photoshop plug-in, which I politely declined. I have nothing against Photoshop, but this is not my dream job. Then the project got reworked for me to continue working on GIMP instead. In particular we identified 2 main projects:

Where does ZeMarmot project stand?

ZeMarmot is my pet project (together with Aryeom’s), I love it, I cherish it, and as I said, this is where I see a future (not necessarily just ZeMarmot, but what it will lead to). Even though I now have another temporary source of income, I really want to stress that if you like what I do in GIMP, you should really fund ZeMarmot to ensure that I can continue once this contract ends.

This year with CNRS is an opportunity to give the project the chance to bloom. Because let’s be honest, it has not bloomed yet! Every year is the same story where we are asking for your help. And when I see all other foundations and non-profits having started to ask for help a month before, I know we are very bad at it. We are technical people here (developers, animators…), who suck at marketing and are asking at the last second.

Right now, we are crowdfunded barely above 1000 € a month, which can’t even afford to pay someone full time at legal minimum wage in the country we live in. Therefore in 2018, LILA has been able to hire Aryeom (direction/animation work) and myself (development) 6 days a month each, on average. It’s not much, right? Yet this is what we have been living off.
We need much more funding. To be clear, the minimum wage (full time) in France requires about 2100€, and we estimate that we’d need 5000€ per person to fund a real salary for such jobs (same estimation as the Blender Foundation does), though it is still below average market value . So LILA is 4 times away to be able to afford 2 salaries at minimum wage, and 10 times away to be able to pay reasonable salaries (hence also even hire more people). How sad is that?

What is LILA exactly?

LILA is officially registered in France as a non-profit association. It also has an activity number classifying it as a movie production, which makes it a very rare non-profit organization, allowed to hire people for producing movies, which it has now done for nearly 3 years now.

The goal of this production is not to enrich any shareholders (there are no such things here). We want to create our art, and spread it, then go to the next project, because we love this. This is why ZeMarmot is to be released under a Creative Commons by-sa license, which will allow you to download the movie, share it with your friends and family, even sell or modify it. No kidding! We will even upload every source image with layers and all!

So if it had crazy funding, LILA would not give us decadent salaries, but would hire more people to help us making the art/entertainment world a better place! That’s also what it means being a non-profit.

And Free Software in all that?

There is this other aspect of our studio: we use Free Software! Not only that, we also develop Free Software! When I say we develop Free Software, I don’t even mean we release once in a while some weird internal script used by 2 people in the world. Mostly we are part of the GIMP team. In the last few years, we are about a fourth of the commits of GIMP (you can just check the commits in particular by myself “Jehan”, as well as ones by Aryeom and Lionel N.). I have also pushed for years to improve the release policy to be able to get new features more often (which finally happened since GIMP 2.10.0!). I believe we are providing positive and meaningful contributions.

GIMP is our main project these days, but over the years, I have had a few patches in many important software! And we regularly report bugs when we don’t have time to fix them ourselves… we are early graphics tablet adopters so we are in contact with some developers from Wacom or Red Hat (and we are sorry to them, because we know sometimes I can be annoying with some bugs! ?). And so on. Only thing preventing me from doing more is time. I know I just need more hands, which would only happen if we had enough funding to start hiring other Free Software developers.

And let it be known, this is not a temporary thing because we don’t want to pay some proprietary license or whatever. No, we just believe in Free Software. We believe this is the right thing to do, because everyone should have access to the best software. But also, we are making much better software this way. I said we do about 1/4 of GIMP commits. This still means that 3/4 are made by other people, and this is even forgetting GEGL (GIMP graphics engine), which is awesome too. Basically we would not be able to do that well just by ourselves. We really enjoy working with some of the sharpest minds I had the chance to work with in software. Not only this, other GIMP developers are really cool and agreeable as well. What better to ask for? This is what Free Software is.
So yeah: using and contributing Free Software is actually in our non-profit studio bylaws, our “contract as a non-profit” and we won’t drop this

Just a very quick review of things I brought in GIMP in 2018:

And everything I probably forget about. I also help a lot on maintaining the website and writing news on gimp.org (63 commits this year). And this all doesn’t count non-GIMP related patches I do sometimes (for instance on Korean input) or the many reports we write and help to fix (notably since we were probably the first to install Linux on a Wacom MobileStudio, or at least talk about it, several bugs were fixed because we reported them and helped debug, even down to the kernel, or Wayland).

And then there is what Aryeom did in 2018, which is a lot of work for ZeMarmot of course (working on animation is a loooot of work; maybe we could do some blog post about it sometime), so we are getting closer to the pilote release (by the way, we recently created an Instagram account where Aryeom posts some images and short videos of her work in progress!). And also some side projects to be able to sustain (I remind that LILA could pay her only an average of 6 days a month officially!), such as an internal board game for a big French non-profit (“Petits Frères des Pauvres“) helping penniless people, a marketing video for the Peertube free software, and pin designs for the Free Software Foundation. She also gave some courses of digital painting and retouching with GIMP at university.

Note that she would also prefer to work only on ZeMarmot full time, but once again… we need your help for this!

This is how I see our hopeful future: in a few years, we have enough to pay several artists (director, animators, background artists, music…) and developers. LILA will therefore be a small but finally a bit more productive studio

And of course it also means more developers too, hence more control over our Free Software pipeline. I have so many dreams: finally a better video non-linear editor (be it contributing to Blender VSE, Kdenlive or any other which we will decided to use), stable, powerful yet not convoluted? Finally some dedicated Free Software compositing and effects tool for professional (2018 was a bit sad there, right)? Finally more communication between all the tools so that we can just edit our XCF in GIMP and see some changes live in Blender? So many hopes! So many things I wish we had the funds to do!

So what can you do? Well you can help the studio increase its funds to first finally be able to just survive. The fact I got hired by CNRS is very cool, but in the same time so sad, because it means that our project was not self-dependent enough. Somehow I had to accept the CNRS contract to save our project. Let it not be the end!

What if we reached 5000€ a month in 2019? This would be a huge milestone for us and the proof our dream is viable.

Will you help us create a non-profit Libre Animation Studio? Professional 2D graphics with Free Software is just there, at our door. It only takes a little help from everyone interested to help it through the entrance! 🙂

And have fun end-of-year holidays everyone, and a happy new year!

7 Replies to “The dream of LILA and ZeMarmot”