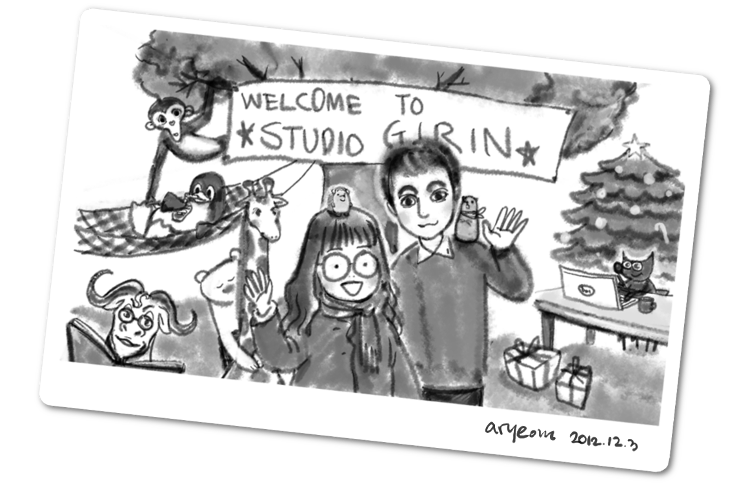 We have not been very present on this production log, and we plan on changing this with a little more news soon. So we “reboot” with this nice drawing that Aryeom made, featuring both of us, and a few mascots that are kind of part of the team now. A good point to anyone who will recognize them.

Lately we have been calibrating ourselves, discussing projects… About this, we’ll soon update you about our next and first big project. So stay tuned! Girin Studio is proud to announce its creation.
We are a small Arts studio, composed currently of: