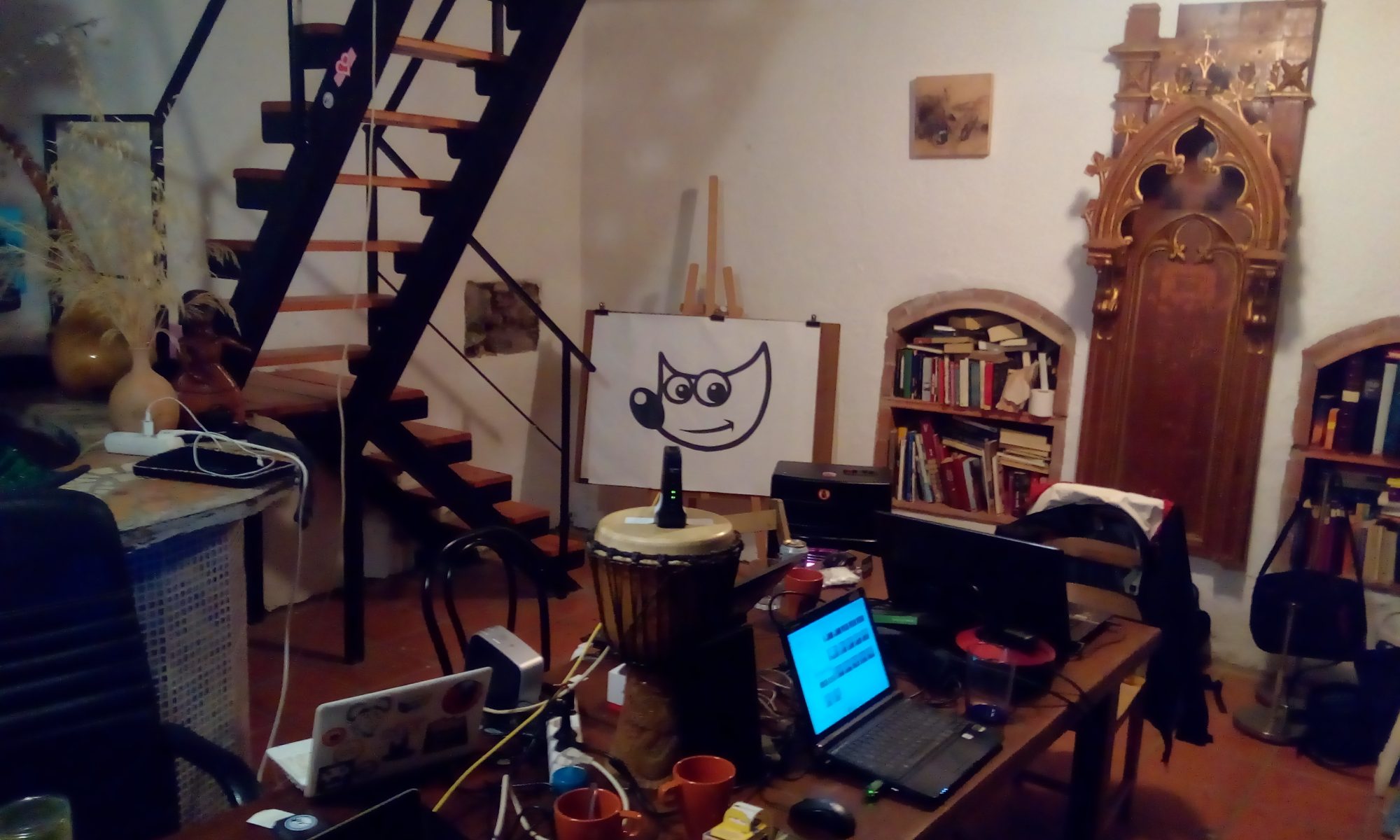 We decided to give a little update to our website by updating WordPress theme and with a new header image at the colors of Christmas and ZeMarmot! Studio Girin has participated to Libre Graphics Meeting for the last 2 years, and we will again this year! This time, it happens from 29 April to 2nd of May in Toronto, Canada.

We will do a presentation for funding of ZeMarmot; 2D animation film made fully with open source software at LGM.

We are planning to start funding our project for production cost from that day and are preparing a short teaser movie for this.

The clip of presentation will be posted on May, at LGM 2015 closure.

Last week, we applied for support on scenario writing for the Project ZeMarmot.
We hadn’t decided the running time until now, but we finally settled for a time as we wrote the files. The running time is 45 min. Yeah, that’s mid-long. Of course, the actual finale time may vary depending on funding. Let’s say this is our goal. We will keep applying to get other supports anyway.
We are trying not to raise expectation too much… But if it happens, it would be great.

Below are a few sketches, related to the current state of the synopsis. For instance Marmot’s India travel.

Below pictures depict sample cut strips. These might be small spoilers. So, I won’t explain these strips!